What comes first, the widespread adoption of disruptive technology or the infrastructure to support its popularity? This hi-tech chicken-or-egg dilemma is at the center of the electric vehicle market since society and government often get caught in between promoting “green cars” and installing the charging dock stations that power them.

The truth is, there’s no need to crack the shell and scramble for an answer: it’s a two-way street with no final destination. And for now, we are putting a lot of effort into getting things done. That’s why we just launched a venture design project between Questtonó and Tupinambá, an energy startup focused on mobility. Together, we designed a cutting-edge electric-vehicle charging station, the first one with an entertainment media display.

As electric cars drive sales, the availability of charging stations has to speed up to keep up, but in Brazil, there’s a speedbump.

Major car manufacturers, such as Toyota, BMW, JAC, GM, and Renault are all offering at least one electric vehicle model to do their part in promoting and expanding the market. Meanwhile, the local charging station business segment saw little to no improvement or expansion, bringing the whole sector to a dangerous crossroad.

The launch of a brand new electric vehicle charging station project comes at a crucial time in the Brazilian market. Of all the vehicles driving around the sixth most populated nation in the world, roughly 0.03% of them are electric or hybrid. Even though it may not come out as an expressive amount, this number is now three times higher than last year. In the first six months of 2020, around 7500 new electric cars hit the Brazilian roads, and this number is expected to grow given that the government is extending tax benefits to “green cars”. The expectation is that, by 2030, 5% of Brazilian vehicles will be electric.

Launched in 2018, energy and mobility startup Tupinambá is still in the early miles of its journey. They are beautifully trailblazing their own path with fresh ideas and projects related to sustainable power solutions, such as solar panels. At this stage, however, as many young startups know firsthand, it is quite challenging to have access to the resources and knowledge necessary to bring a complex idea to life.

Questtonó, on the other hand, has been on this road for 27 years, making things happen in various segments, mobility being one of them. And we transform businesses in many ways.

Venture design is just one of them. It’s an approach that uses creativity and infrastructure as currency, in exchange for some share of the startup’s ownership. This model promotes a horizontal and transparent negotiation, while it accelerates the timeline of the development of a project.

Tupinambá and Questtonó came together under the principles of a classic venture design agreement because it is not about going far or fast. It’s about going further and faster.

PROCESS: Buckle up for a home-made, design methodology

Technical conception, design study, and development. The three-stage plan was set, and then the pandemic happened. Questtonó steered the wheels to work remotely, and we never pressed the brakes. In seven months, we accomplished this mission – on schedule.

We started out with different variations of four potential electric vehicle charging stations, but through a collective process we narrowed it down to a single option. Our designers did a lot of improvising to thoroughly analyze the chosen model, creating “prototypes” from cardboard, brooms, hoses, and other handy materials they had at home.

Impressions, insights, and suggestions were all shared with the team, and as the discussion evolved, so did the homemade life-size charging station. Each new feature proposed was first tested countless times before moving on in the development process, and integrating into the final version of the product.

These “edits” were validated by talents from both companies. Engineers, designers, programmers, analysts, and many other professionals brought their feedback and insights to raise the bar.

Deployed onto one of the busiest avenues of São Paulo, the country’s most populated metropolis with over 12 million people, our electric vehicle charging station is a cutting-edge product controlled entirely by an app. Using their phones, consumers can locate, reserve, and pay for their charging time slots.

Made with fiberglass and metal, the charging station presents a minimalist nozzle, positioned just right: a little over a meter from the ground, eliminating the need to lean or bend over. The lighting scheme was designed to enhance the technological aspect of it, making the 55′ screen and nozzle appear to be suspended.

While waiting for the battery to charge, users can be in or outside the electric vehicle and still be entertained by tailored educational content and ads curated by Tupinambá. This is also the startup’s business model: selling media that shows in these dock stations’ screens to sustain the whole project.

The docking station also has a state-of-art modular design that allows owners to easily increase the number of stations to meet the growing demand. If you want to empower a revolution, first give power to the people…and make it look good. 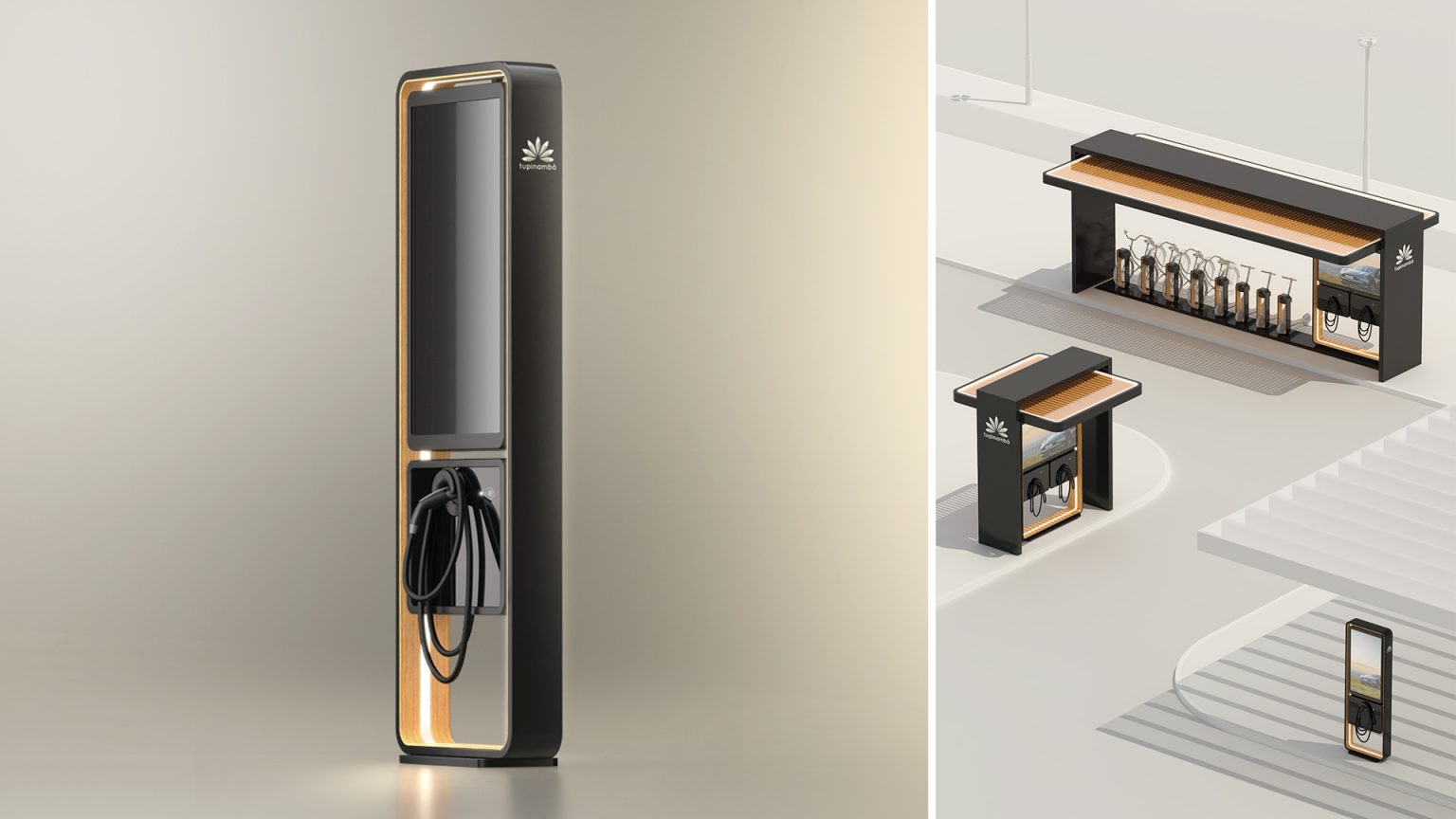 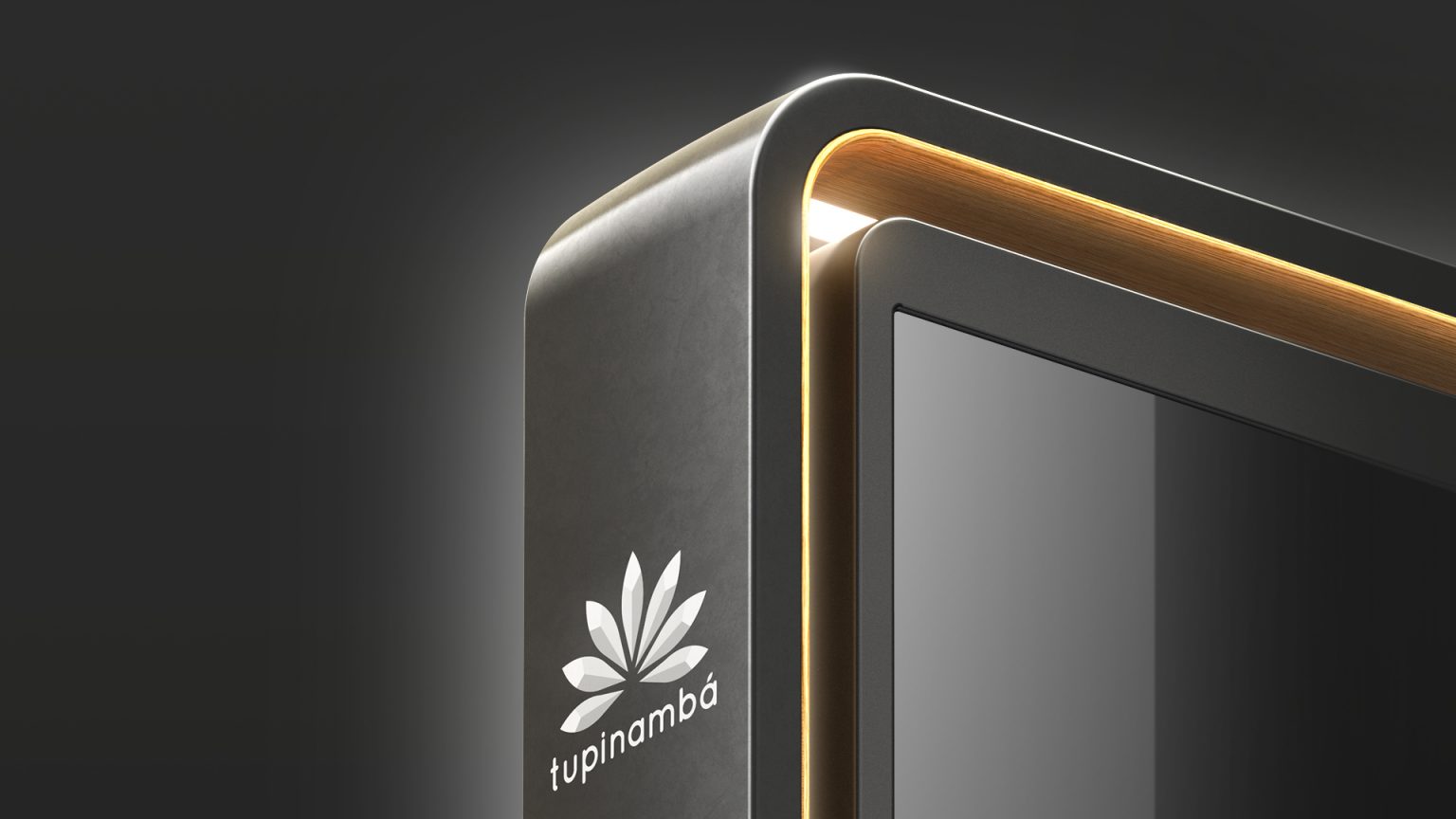 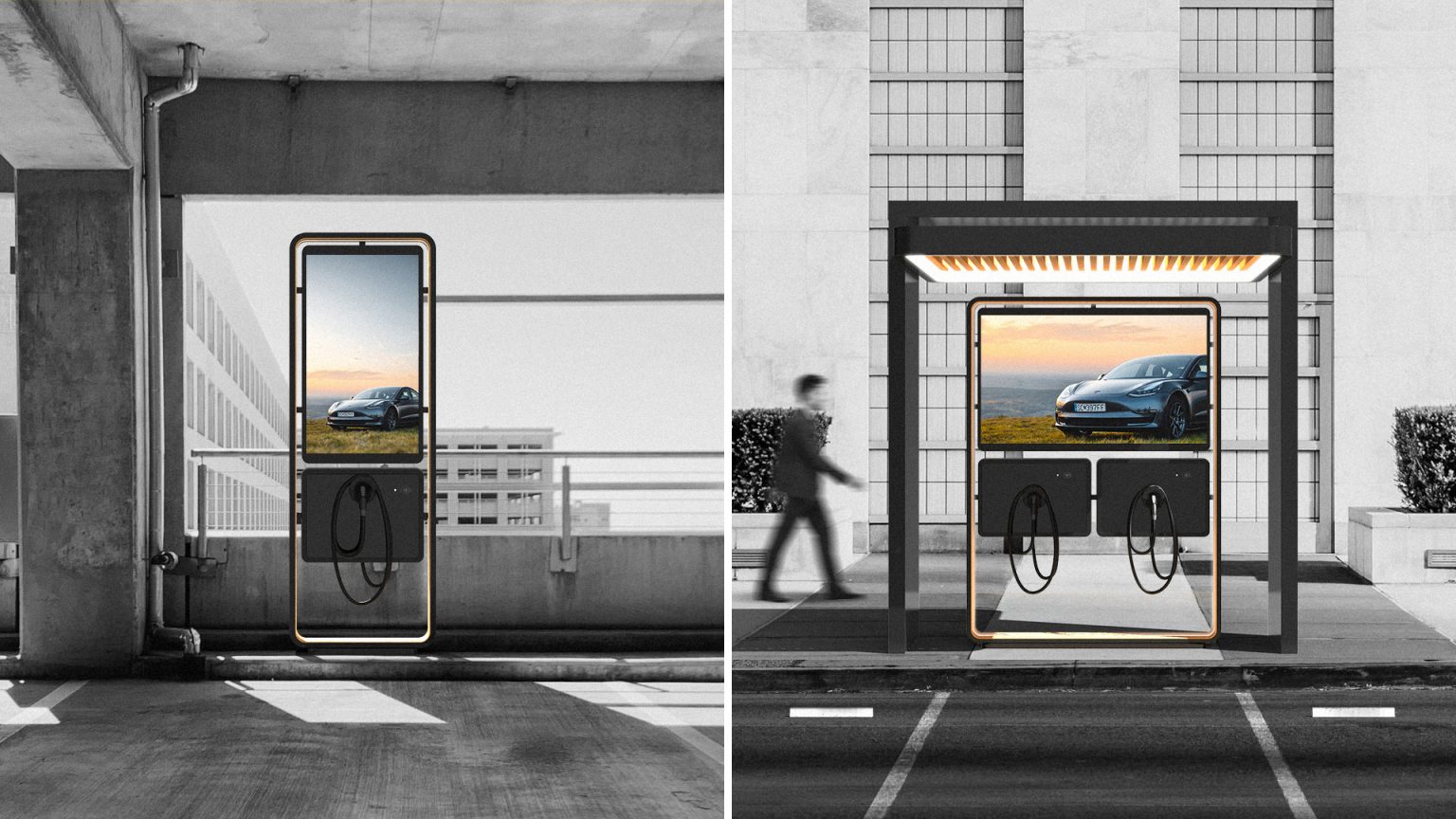 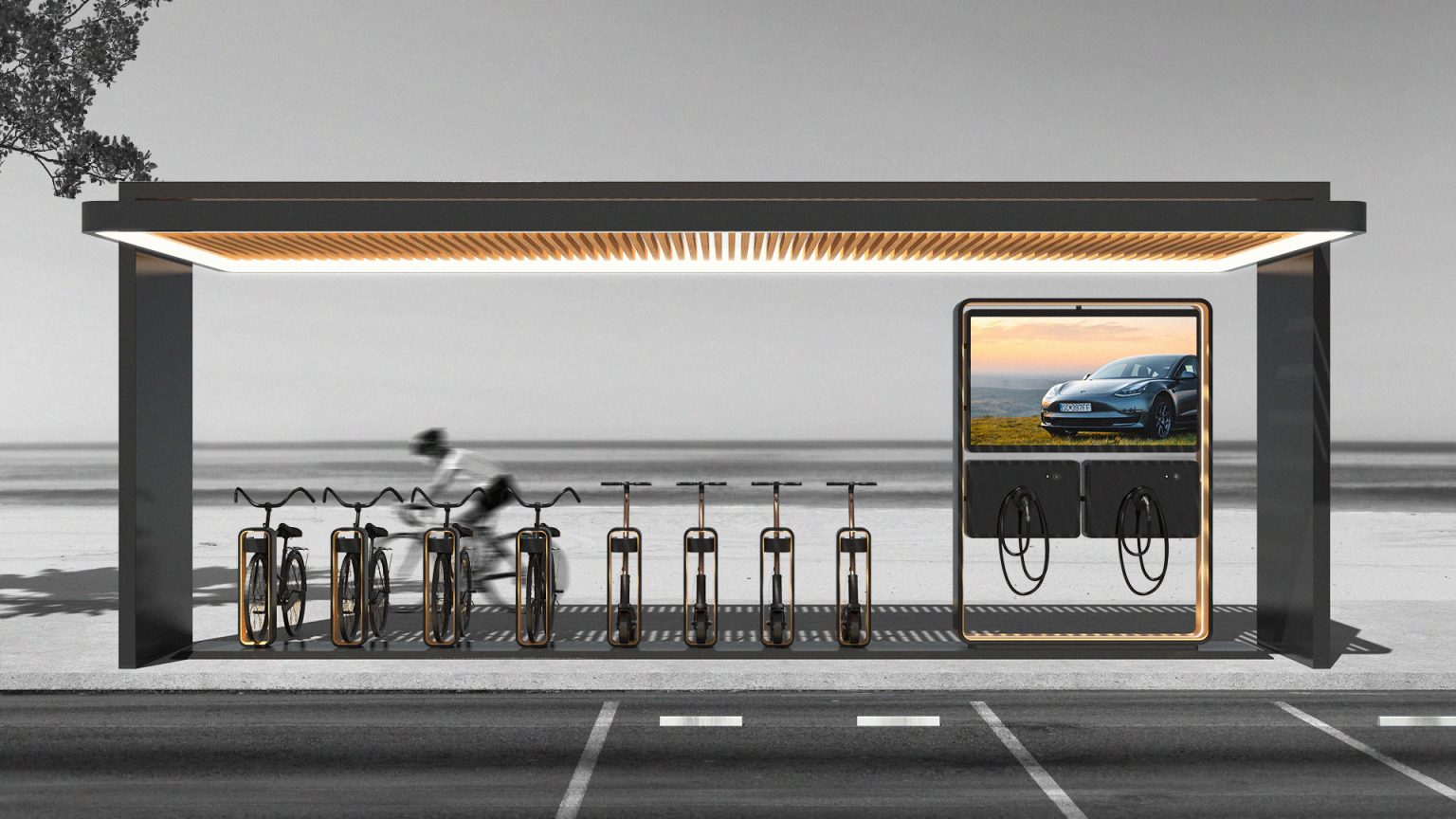