The challenge of integrating autonomous vehicles in cities

The possibility of reading a book, having a work meeting or even sleeping in the car while an autonomous vehicle does all the work is something that delights even the most conservative drivers. But perhaps the biggest impact that this innovation in mobility will have on society is drastically decreasing the number of accidents and traffic – both of which are due solely to human error. This is a massive opportunity to reorganize cities so that they prioritize their people over the cars.

While many mobility experts focus on understanding how and when it will become normal to see driverless cars navigating through the streets, major automakers and various initiatives around the world are working tirelessly to develop safe and accessible technologies that will bring this feat to the masses.

But there is a consensus among this entire community: both technology and infrastructure need to evolve – significantly. For autonomous vehicles to work accurately, the car needs to know how to communicate with its surroundings, and this involves not only other autonomous cars, but pedestrians, traffic lights and non-autonomous vehicles.

An exclusive lane for autonomous convoys

Envisioning a solution for this critical moment between partial and fully autonomous vehicles, Questtonó developed the concept of “Digital Rails”, which has been extensively researched since 2017.

It’s a mesh network of exclusive lanes for autonomous cars, virtually orchestrated by an open data system. This platform coordinates intelligent vehicles and traffic lights, allowing autonomous and non-autonomous to ride side by side.

Based on the model created by Questtonó in 2017, researchers from IME-USP (Institute of Mathematics and Statistics) have been studying the feasibility of implementing this concept. They concluded that, with Digital Rails, the time to travel along Paulista Avenue (think Broadway in NYC) from one side to the other would drastically decrease, reaching almost a third of the current time. And the most impressive part: if all vehicles were autonomous, a single lane could handle the entire flow of cars during peak hours, meaning more room for public transit, pedestrian, and bike lanes! 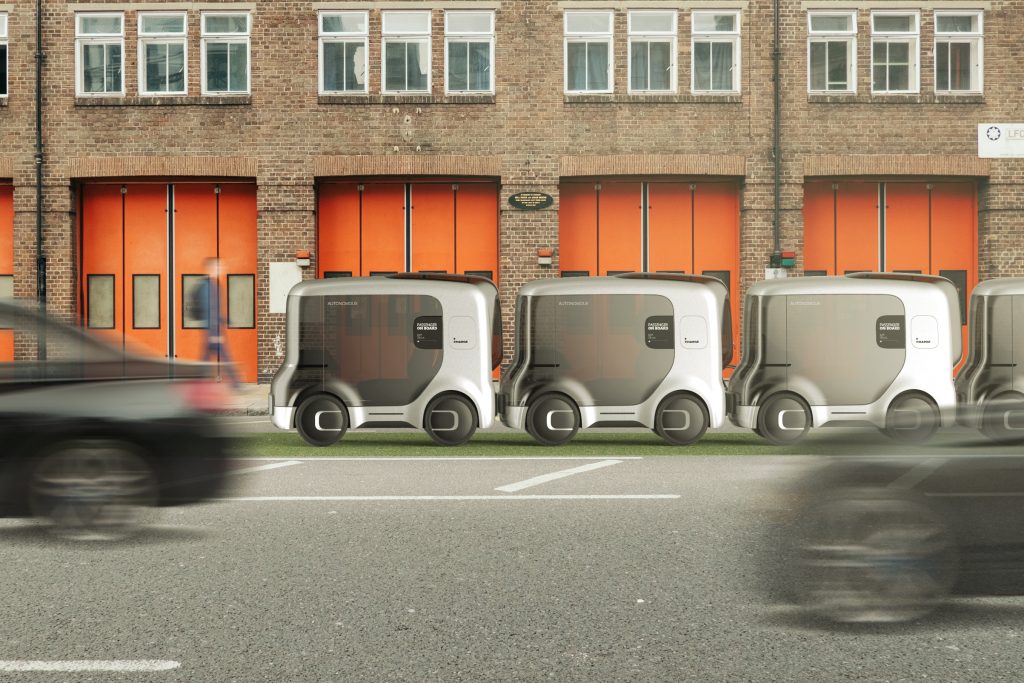 The key aspect of this concept is that autonomous cars form convoys which use the exclusive traffic lane. The system calculates the fastest route and determines the right time and speed for the cars to “couple” to the train, which allows the entire lane to be fully optimized. When transitioning in and out of convoy lanes, autonomous cars use standard, non-autonomous lanes. This means that physical infrastructure adaptations aren’t needed on a large scale.

Questtonó’s managing partner, Barão Di Sarno, explains further: “We (the city) can set a constant speed so that the car moves within the time between the signals turning red or green, so we create (convoy) trains that never stop. It’s like a union between public and individual transport.”

Now in 2020, a new stage to understand the implementation of this concept has come into play: researchers from MIT (Massachusetts Institute of Technology) have joined with IME-USP researchers to further validate the findings of the previous stage, in addition to simulating new scenarios for implementing Digital Rails.

They concluded that the most significant transformation that this idea proposes is the reduction in traffic, caused precisely by the formation of convoys. According to the researchers, the creation of a data system that allows convoys to travel through the exclusive lane may be the main missing piece for an effective improvement in traffic.

The academic report produced by the MIT and IME-USP researchers can be read in more depth here.

It’s important to remember that, as the implementation of autonomous cars advances, it’s necessary to design solutions that allow new and old technologies to coexist. The Digital Rails proposal offers an efficient, safe and comfortable transit solution.

It’s already possible to imagine an ever-nearing future in which, with the reduction of traffic on the roads, new spaces will emerge that allow cities to be more pleasant and more humane.